Fork And Knife In The Road (Doom 2 Level) 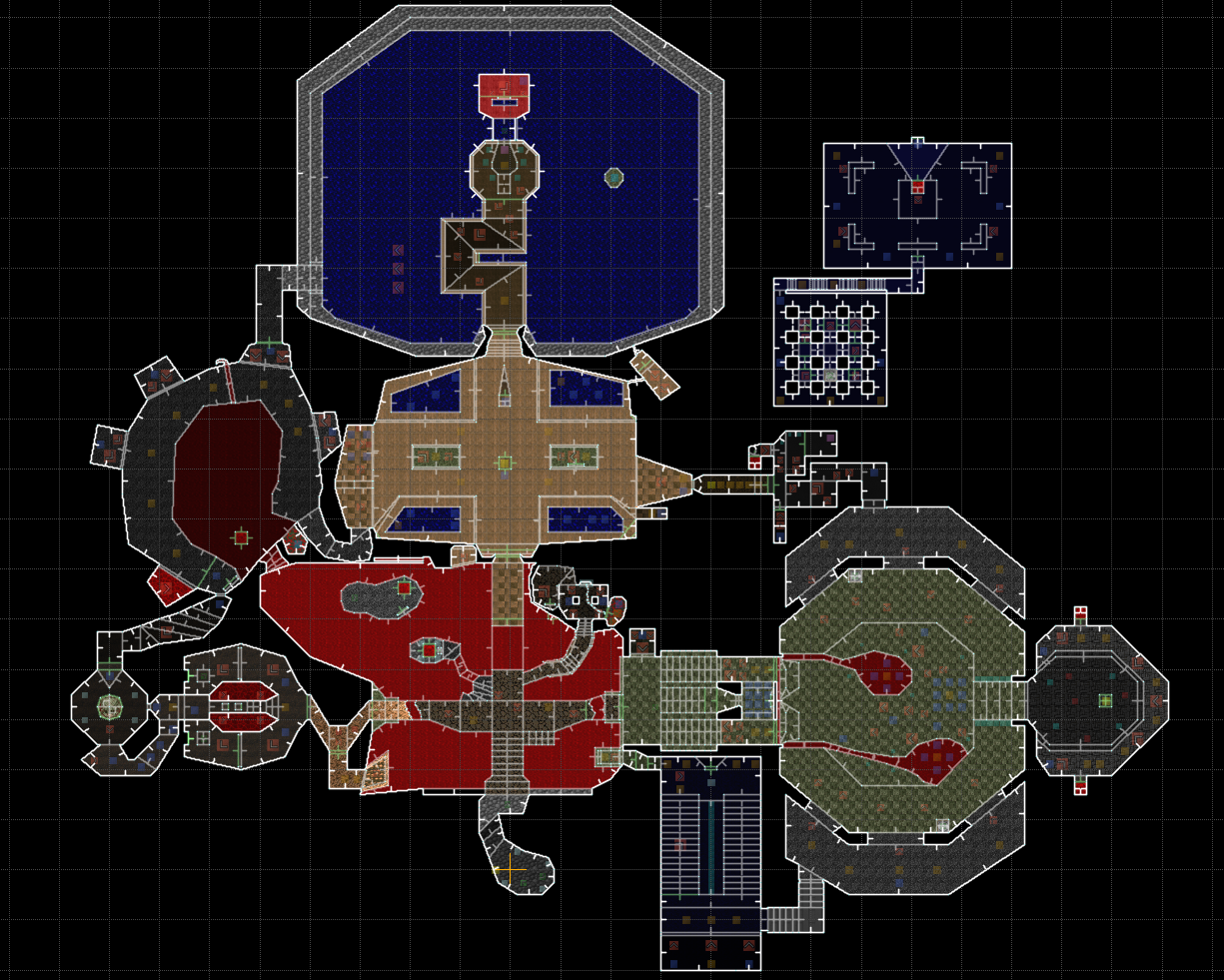 I love open-ended FPS levels with multiple objectives that can be completed in any order. I sketched out this level on a piece of paper (which I have since lost) more or less as it is in-game, with a few key ideas:

Based on the above criteria, the four branches can be completed in any order with roughly the same level of difficulty.

There were some other key decisions:

I managed to work some other fun ideas into the level, like opposite-facing staircases that both end in a drop, as well as a puzzle that requires the player to cross every intersection in a grid in order to unlock the next area.

My only regret is that I kept the rising/falling wall room with the two Revenants, because in hindsight it was just not as fun in practice as it had been in theory. The reason I kept it is that it replaced something much more complicated that was also not fun, and I decided to just cut my losses and move on.

Overall, I’m fairly happy with this level. Visually, it’s not spectacular, but it was my first attempt at a Doom level since I was a teenager, so I’d say I did reasonably well.